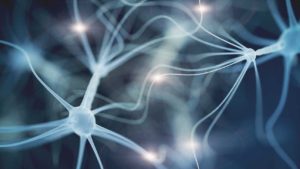 This is the fifth in a regular series on supplements which have been shown, through research and/or traditional use, to support cognitive function.  These supplements, along with prescription medications and other substances, are called nootropics.  As more and more Americans age and face challenges with memory and mental processing, we are looking for “magic pills” to build up our brainpower and help us keep sharp.

While no one pill can solve aging and reverse cognitive decline, many have been shown to help.  I hope to provide commonsense, realistic recommendations for the products I will be reviewing.

Please note that none of these recommendations is meant to replace my basic recommendation of regular exercise (5 times a week, minimum of 30 minutes aerobic plus 15 minutes’ strength training three times a week) and a brain-friendly diet (Ketoflex 12/3 is ideal – contact the office for more info on this), in addition to the ultimate nootropic, sleep.

Citicoline, or cytidine-5′-diphosphocholine (CDP-choline), is a nutrient we make in our bodies. It increases phosphatidylcholine, a crucial building block of brain cells.  When taken as a supplement, citicoline is broken down into cytidine and choline in the intestine, which enter the brain separately and reunite to reform citicoline.  In this way, the nutrient can successfully cross the blood brain barrier, providing the necessary ingredients for phosphatidylcholine synthesis, and thereby offering neuroprotective benefits. 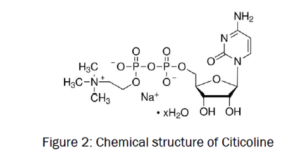 What are the benefits of Citicoline?

Citicoline has been used in the treatment of both cerebrovascular diseases and cognitive impairment.  These include cognitive decline in the elderly, vascular dementia, Alzheimer’s disease, and traumatic brain injury, to name a few.  Although the mechanism of action is uncertain, several studies on acute cerebral ischemia and Alzheimer’s disease suggest that citicoline could repair brain tissue, promoting synaptic growth and maintenance.  Especially desirable are its lack of adverse side effects and high tolerance among subjects.

A double-blind study on 509 patients with mild to moderate vascular dementia investigated the effects of 1,000 mg of citicoline administered intramuscularly once daily versus a placebo group.  The differences in delayed recall, memory, and emotion in those treated with citicoline versus the placebo group were significant.  No differences in adverse effects between groups were seen in this study.  Although administration was intramuscular, intravenous and orally ingested citicoline have proven equally efficient in crossing the blood brain barrier.

Further, 19 patients with Alzheimer’s disease were assessed with citicoline 1,000 mg daily for a period of 30 days.  Citicoline significantly improved cognitive function, especially for those patients in the early stages of the disease.  Results suggest that citicoline may improve cholinergic neural transmission, activate repair mechanisms, and increase cerebral blood flow.  Although these results are promising, the short duration of the study and small study group may pose limitations, and thus further studies are needed.

Another double-blind, randomized placebo-controlled clinical trial on 30 patients with mild to moderate Alzheimer’s disease studied the effects of citicoline on memory specifically.  Neuropsychological evaluation was utilized at baseline and at the end of the 12-week study.  Patients in the treatment group were treated with 1,000 mg of citicoline, and the other participants were given placebo.  The treatment group showed superior cognitive performance based on cognitive assessment methods as compared to the placebo group.

Other studies focus on the effects that citicoline has on stroke patients.  A 12-month long trial examined patients that suffered from first-time ischemic stroke.  It was found that citicoline both prevented cognitive decline post-stroke and elicited marked improvements in attention and executive functions.

What are the side-effects?

Adverse events are uncommon with the use of citicoline, but may include gastrointestinal upset, restlessness, or irritability.  A drug surveillance study investigated the safety of citicoline use in 2917 elderly patients treated for Alzheimer’s disease and vascular dementia for a duration of 2-9 weeks.  Only 5% of these patients reported mild side effects, none of which warranted discontinued therapy.   The majority of this 5% experienced mild gastrointestinal upset.  Thus, adverse events are an unlikely outcome of citicoline use.

Does Dr. Goodman have a preferred brand?

Citicoline is sold under the brand name Cognizin.  I like both Jarrow’s and Pure Encapsulations’ products.  The dose is 500 mg (one capsule) twice a day with food.

How long until you notice any benefit?

Although citicoline quickly enters the blood stream and enters the brain, it may take 1-3 months to yield noticeable results in those with cognitive impairment disorders.