Skip to content
If you’ve been trying to lose weight JUST by exercising, and not cutting calories and/or carbs, you may have had success.  A recent study shows, however, that, in order to do so, you will have had to exercise a bit more than many are comfortable with. 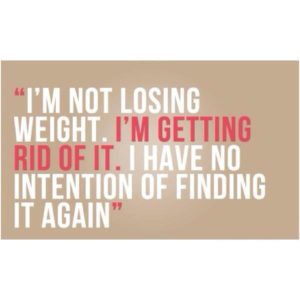 A group of 31 overweight men and women were split into two groups:  one burned 300 calories a day for five days a week, the other 600.  The groups both wore activity trackers and were asked to keep track of their eating for the 12 weeks of the study intervention.  After four months, the two groups were measured to see how much body fat they had lost.
The researchers found that the more active group, who burned 3000 calories a week in exercise (about an hour a day of brisk walking), had lost 5% of their body fat, while the less active group had not lost any. (For those who get their body fat tested in my office, 5% means 1/20th of the original number — so, if you start out at 30% body fat, you would lose 1.5%).  Neither group saw a change in their resting metabolic rates.
What I found particularly interesting were two findings:
The take-home message for me is this:  you either have to exercise A LOT to lose weight and fat, or you have to exercise less but make sure you don’t eat more.  The only way I know of to do this is to journal daily.