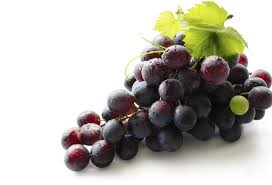 Resveratrol (3,4′,5-trihydroxystilbene), or more specifically its active form, trans-Resveratrol, is a type of phenol found in plants.  Phenols are produced by plants in response to injury or attack by bacteria, fungi or other pathogens.  Resveratrol was first mentioned by Japanese scientist The first mention of resveratrol was in a Japanese article in 1939 by Michio Takaoka, who isolated it from various plants.  Later, Resveratrol was found in red wine and red grapes, and scientists began experimenting to find its benefits.

Harvard scientist David Sinclair published a 2006 review of the research up to that point (Nat Rev Drug Discov. 2006 Jun;5(6):493-506).  Resveratrol, when given to mice, had been shown to increase lifespan, shrink tumors, reverse markers of heart disease, and improve blood sugar markers.

How Does Resveratrol Work?  The Calorie Restriction Connection

Resveratrol has been shown to promote SIRT1 activity, giving it a potential key role in fighting Alzheimer’s.  A 2014 study (J Neurosci. 2014 Jun 4;34(23):7862-70) showed that 200 mg of resveratrol for 26 weeks, versus placebo, improved hippocampal connectivity, a marker for memory.  The resveratrol group remembered words better after 30 minutes, had better blood sugar markers and lower body fat (which tends to follow better blood sugar levels).

Other Benefits of Resveratrol

Resveratrol has been shown to break down Amyloid beta, which forms the plaques that are one of the hallmarks of Alzheimer’s disease (J Biol Chem. 2005 Nov 11;280(45):37377-82).  Resveratrol also mimics fasting by promoting a process called autophagy (literally “eating oneself”), by which cells get rid of their damaged components and remain healthy.  Autophagy has been shown to help prevent certain cancers and is protective against Alzheimer’s disease.  One of the big benefits of a ketogenic diet and intermittent fasting lies in their promotion of autophagy.

Resveratrol, by lowering insulin resistance, can help prevent or manage diabetes, and can help with weight management.

Is Resveratrol Safe to Take, and How Much Should I Take?

Safe doses of resveratrol (as trans-resveratrol) appear to be well in excess of what is recommended.  I typically recommend between 100 and 200 mg a day of trans-resveratrol.  Since most of my Bredesen Protocol patients are taking multiple supplements and implementing intermittent fasting and/or a ketogenic diet, they are deriving many of the same benefits derived from resveratrol and don’t require the full 200 mg daily dose.

Side-effects from resveratrol are minimal.  If you are taking a blood thinner such as warfarin or taking aspirin or Advil (ibuprofen), you may be at risk for bleeding.