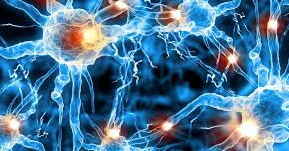 This is the third in a regular series on supplements which have been shown, through research and/or traditional use, to support cognitive function.  These supplements, along with prescription medications and other substances, are called nootropics.  As more and more Americans age and face challenges with memory and mental processing, we are looking for “magic pills” to build up our brainpower and help us keep sharp.

While no one pill can solve aging and reverse cognitive decline, many have been shown to help.  I hope to provide commonsense, realistic recommendations for the products I will be reviewing.

Please note that none of these recommendations is meant to replace my basic recommendation of regular exercise (5 times a week, minimum of 30 minutes aerobic plus 15 minutes’ strength training three times a week) and a brain-friendly diet (Ketoflex 12/3 is ideal – contact the office for more info on this), in addition to the ultimate nootropic, sleep.

What is Nicotinamide riboside?

First lets talk about NAD+. NAD+ is an essential coenzyme that is made from the conversion of nicotinamide riboside, a form of vitamin B3. NAD+ is found in every cell of your body, and its role is to regulate how quickly those cells in your body age. Not only does it do that, but NAD+ also transfers energy to the mitochondria, which is then converted to cellular energy. So as you age, NAD+ declines in your cells leading to age-related diseases, with Alzheimer’s disease being one of those.

Nicotinamide riboside has been found to increase levels of NAD+, which also extends lifespan and reduces cognitive deficits.

What are the benefits from Nicotinamide riboside? 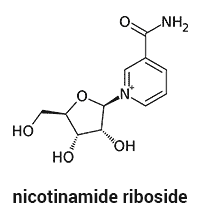 Studies have shown that aging decreases the amount of NAD+ in the brain. To slow down the progression of Alzheimer’s disease and other age related diseases, supplementation of nicotinamide riboside helps to increase the amount of NAD+ as well as protecting our neurons. The use of nicotinamide riboside is associated with fewer cognitive deficits, reduced production of beta-amyloid plaques, and fewer cell deaths. It has also been shown to contribute to the growth and development of neural tissue and neural stem cells. Increasing NAD+ levels by using nicotinamide riboside protects the brain and improves aging-related disorders (ex. Metabolic disease and diabetes) which all can lead to cognitive decline.

In a mouse study, those that were treated with NAD+ showed less of the following:  DNA damage, brain inflammation and loss of hippocampal neurons (the part of the brain in which memories are stored).  These mice also had increased brain activity of SIRT3, which appears to protect mitochondria, the energy producing parts of cells.  Nicotinamide riboside improved cognitive function in multiple behavioral tests and restored hippocampal plasticity.  Plasticity is extremely critical in healthy brains – it is the ability of the brain to rewire itself.

Another study found that nicotinamide riboside helped make mitochondria resistant to damage –this could halt diseases caused by amyloid toxicity, such as Alzheimer’s disease.

In a 2018 mouse study, it was found that those that were treated with nicotinamide riboside had less DNA damage, lower levels of neuron damage and death, increased production of new neurons, and lower brain inflammation than did the control group. In addition, the nicotinamide riboside-treated mice also had better muscle strength and endurance than those not treated with it.

Does Dr. Goodman have a preferred brand?

How long until you notice any benefit?

Be patient, as you should start to see some benefits around 8-10 weeks. This needs time to build up in your system before you will be able to see any benefits from it.

This article was co-written by Karolina Zagaja, ND Cand (2019).